Based on the classic Tango design used during both the FIFA World Cup and UEFA EURO tournaments during the early 1980s, the adidas Tango 12 Finale features a modern interpretation of the design including bespoke graphics designed to represent the two host countries and link to the key characteristics of football – unity, rivalry and passion. Here is the complete article. 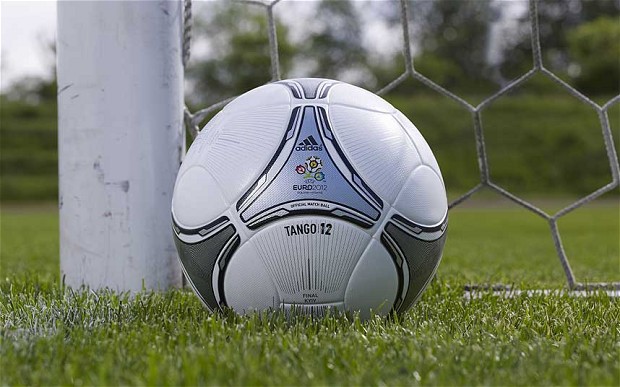 The new adidas Tango Finale will feature silver as main colour on the triangular panels that are thermo-bonded to ensure a perfect motion in the air.

The new adidas Tango 12 Finale will be presented during a three week tour across the 16 nations attending the Euro Championship this summer. At each stop, a surprise sports star will be there to present the ball. Spain will kick off the tour with the Spanish captain, an adidas player. 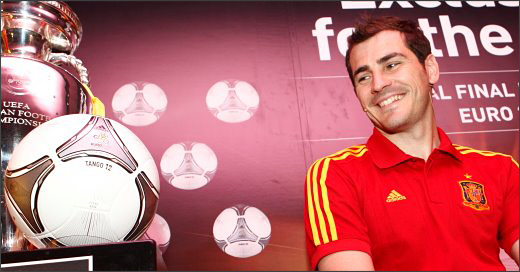 Adidas launched a golden Teamgeist for the 2006 World Cup final, a golden Jabulani (named Jo’Bulani) for the 2010 World Cup final. For 2008 Euro Championship, the Herzogenaurach firm unveiled the Silver Europass Gloria for the Euro 2008 final.

In Poland and Ukraine, the Tango 12 Finale will be the new unique matchball for the Euro 2012 final. 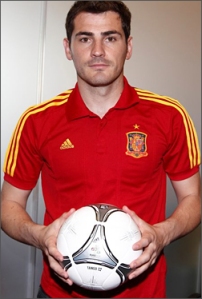 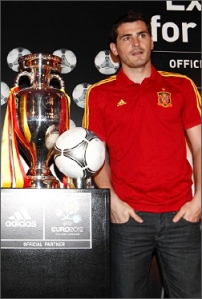 2 thoughts on “The Tango 12 Finale: The Official Matchball for the Euro 2012 Final”