Manchester City tap into global fashion by partnering with Hugo Boss, and consequently becomes the club’s exlcusive fashion and clothing partner of the first team.

Hugo Boss will design the player’s club suits, worn during official Manchester City engagements and cup finals. Hugo Boss will also work closely with the club and players on a range of photo-shoots, video content and money can’t buy experiences.

Tom Glick, chief commercial and operations officer for Manchester City Football Club, said: “We are delighted to welcome Hugo Boss to our family of partners at what is a very exciting time in the Club’s history. Hugo Boss is not only one of most respected brands in the world, but their reputation for innovation and creativity within the fashion industry, is unparalleled.”

“The opportunity to collaborate on a range of activities beyond simply the design of the player’s suits makes this a particularly compelling partnership.” 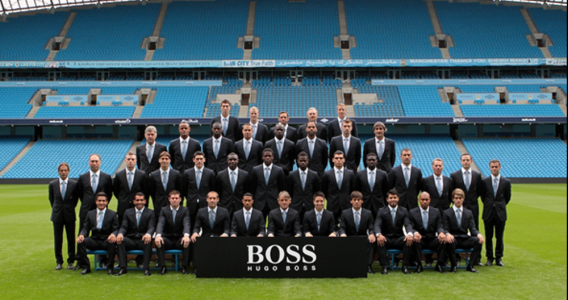 Bernd Hake, Hugo Boss UK MD, added: “We are delighted and honoured to be in partnership with Manchester City Football Club. Hugo Boss has long been synonymous with sport and Manchester City shares our values of excellence, style and a passion for performance and perfection. Their players are style icons both on and off the pitch.”

Let’s face it. Doesn’t it look way better seeing players getting off the bus in suits and tie rather than in sweatshirts and training shorts? I actually do. It sends an image of class, excellence and style. Clubs like Manchester City, AC Milan do believe it too.