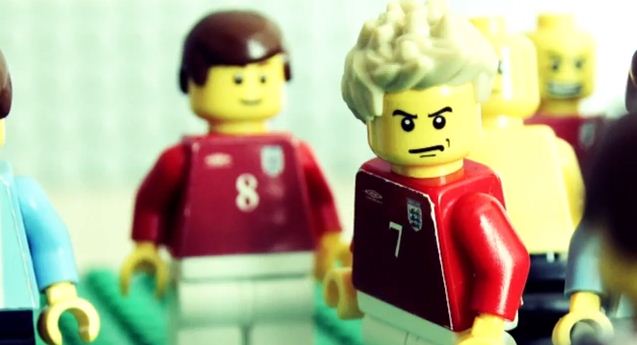 Hi everyone,
What I enjoy about the LEGO brand is the unlimited creativity it offers. MoriPictures gave a creative and innovative hommage to David Beckham carrer utilising the LEGO bricks. A one-of-a-kind entertaining way to thank the Spice boy.

Besides toys, the company has a diverse portfolio of products and services including games, video games, apparel and theme parks. Among its most relevant creations are the LEGO brick, the motorized trains, the minifigures, LEGO Technic, LEGO MINDSTORMS and Ninjago.

Japanese animators Mori Pictures has paid homage to some of Beckham’s most memorable career moments, his red card against Argentina, the 1999 Champions League final, and the free kick against Greece.

“I missed him when I heard the news that he decided to retire. So, I made the movie to express my respect and tell him ‘thank you so much for great memories. He is a legend player, and also a great man.” Mori Pictures reflected.

By the essence of its products, LEGO offers a vast area to communicate to not only kids and children, but also to a wide adult demographic. LEGO over the years has licensed numerous cartoons and franchises such as Lego Star Wars and Lego Indiana Jones.

Football is, to my knowledge, a rather untapped area from the Danish Group. With the global recognition LEGO has worldwide, football offers joint synergies that could benefit the brand and beyond.