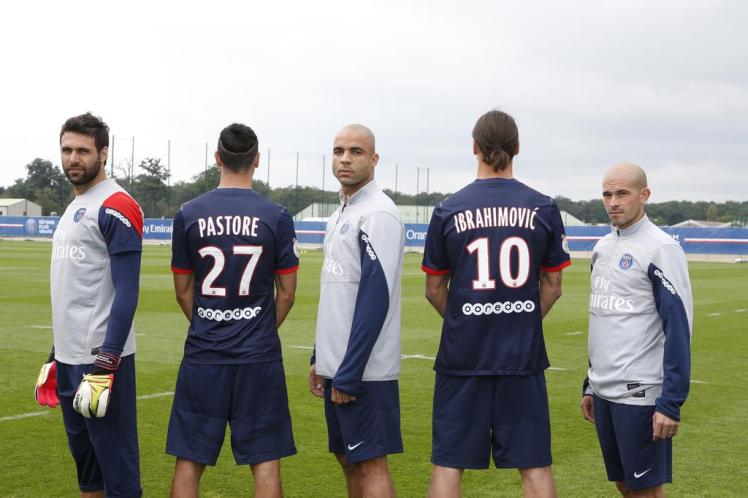 Hi everyone,
Ooredoo, one of the world’s fastest-growing communications companies, today announced that it will sponsor the 2012/2013 Ligue 1 Champions Paris Saint-Germain.

A major focus of the agreement will be the development of youth and community support, as Ooredoo and Paris Saint-Germain will launch a community coaching programme across Ooredoo’s footprint in the Middle East, North Africa, and Southeast Asia that will include football clinics for young people.

The Ooredoo logo will appear on the backs of Paris Saint-Germain team shirts and on the sleeves of their training kits, and at the team’s Parc des Princes Stadium on the pitch side LED system. The team’s training complex “Camp des Loges” will also be renamed the “Ooredoo Training Center”.

H.E. Sheikh Abdullah Bin Mohammed Bin Saud Al Thani, Chairman, Ooredoo, said: “Football brings people together from all nations and all walks of life, and we have found a great sponsorship partner in Paris Saint-Germain.

Through our talks with the club, we have come to know them as a team that is keen on bringing football to new markets, committed to developing communities and is passionately connected to their fans. We share these values, and look forward to a long and mutually-beneficial partnership with Paris Saint-Germain.”

The inspiring educational sessions provided during the coaching clinics will include information on proper nutrition, injury management, how to prepare for matches and will focus on encouraging young people to achieve their ambitions at key points in their lives.

This sponsorship will enable us to reach out to new Paris Saint-Germain fans in markets with large youth populations that follow and play football. We also look forward to using our global reach to give back to communities through our shared community coaching programme.”

Bringing them closer to the team, Ooredoo’s customers will be able to access exclusive Paris Saint-Germain content. This will include behind-the-scenes footage on how players prepare and recover from a match, along with opportunities to see Paris Saint-Germain play live with free ticket giveaways.

Ooredoo, which changed its brand name earlier in 2013, is rolling-out its new brand throughout its markets across the Middle East, North Africa and Southeast Asia. Ooredoo reflects the company’s vision for enriching people’s lives and its goal of delivering life-enhancing services to customers.

H.E. Sheikh Abdullah said: “We believe that young people should be given a full range of opportunities, so that they can realise their dreams, whether it coaching as a professional sportsperson or support to start their own company.

We work with partners who are champions in their field, because this provides us with a strong connection with young people, and a platform to help them achieve their ambitions.”

During the London 2012 Olympics, Ooredoo was the Official Sponsor of the Qatar Olympic Committee, and the company has previously sponsored the Arab Games 2011 and the Asian Games 2006. Ooredoo is currently sponsoring the 2013 Jeux de la Francophonie (“7th Francophone Games”) in Nice, France, until 15 September 2013. [Source: Albawaba.com]