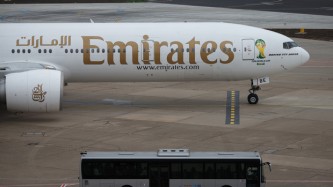 Hi everyone,
During the 2014 World Cup in Brazil, FIFA partners raised concerns at bribery allegations over the 2022 World Cup in Qatar bid. Emirates, FIFA’s official airline partner said it won’t extend the contract that began in 2006 and concludes this year.

This is Emirates’ official statement: “This decision was made following an evaluation of FIFA’s contract proposal which did not meet Emirates’ expectations.”

World Cup partners contribute up to $400 million and in return, benefit from brand exposure and significant marketing rights and protection from the rights holder.

FIFA has just lost a major sponsor and  Sony is considering the same, according to the Guardian. The loss of one and possible two FIFA partners hurts as there are only six sponsors in total at the FIFA Partner level, vs. sponsors specifically tied to the World Cup.

I often point out that a rights holder’s image has an unavoidable knock on effect on its sponsors. Some FIFA partners have raised concerns over Qatar bribery allegations, and it seems that Emirates took it to the next level.

It is unclear at this point why the Dubai based airlines pulled off its sponsorship with FIFA, but it would be naive to believe that FIFA bad brand image has nothing to do with Emirates’ decision.

If Emirates’ decision is based on FIFA’s current bribery allegations turmoil, we might face an unprecedented case where a sponsor chooses to pull off a lucrative deal in order not to be associated to a rights holder’s reputation.

A crucial question for a sponsor is to figure out whether or not not extending their partnership with FIFA isn’t in fact an open door for competitors to storm in and increase revenue and market share.

As Business Insider  points out, other big brands will likely step in as sponsors, with Qatar Airways and Samsung seen as contenders to replace Emirates and Sony on the FIFA sponsors roster. This could not have happened at a more critical time. [Source: Business Insider & Bloomberg] 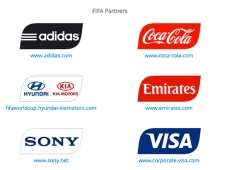 Being associated with the most global sporting event in the world is FIFA biggest trump card. However, some brands might not see it this way and Nike proved successful by not being a FIFA partner nor sponsor.

One thought on “FIFA World Cup Partners: Emirates Pulls Out”